This area was set aside in 1829 by Carroll's founder, William Tong, for a market house, a place where goods were bought, sold, and traded.

Neighboring Market Street got its name from the planned structure.

However, Tong died in 1830 and the market house was never built.

A sawmill stood on this site in the canal days and after its removal, this tree-filled area was surrounded by a picket fence into the early 1900's.

Known as Triangle Park due to its shape, it was officially named Bessie Benson Memorial Park in 1988 for a local civic leader. 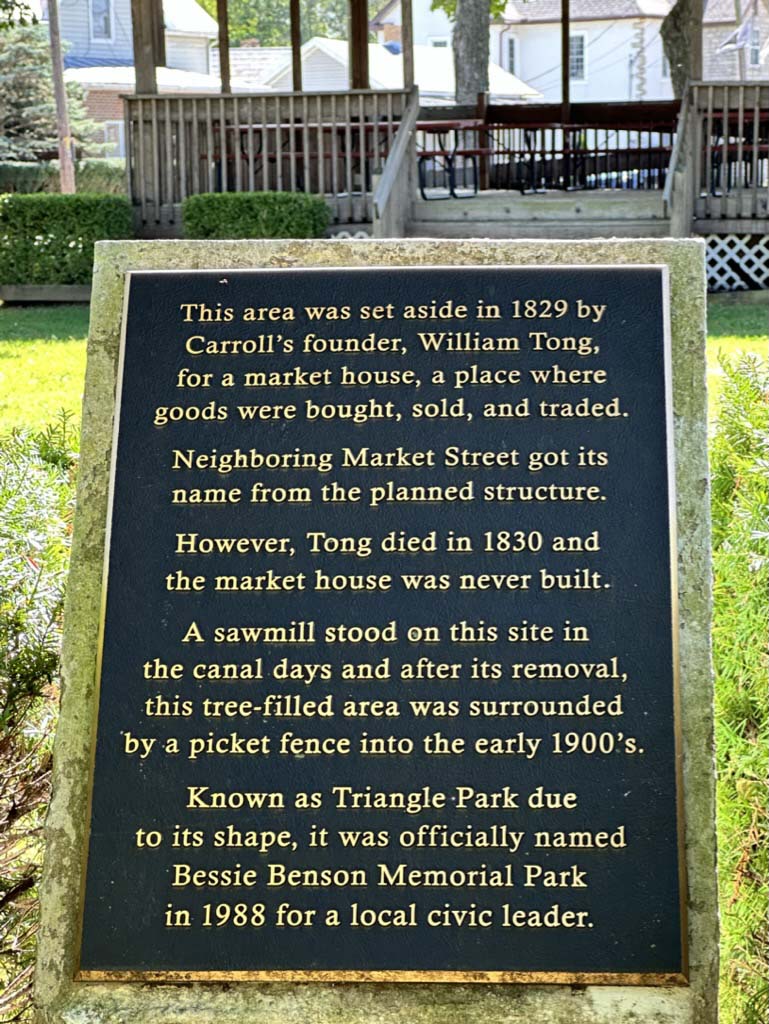 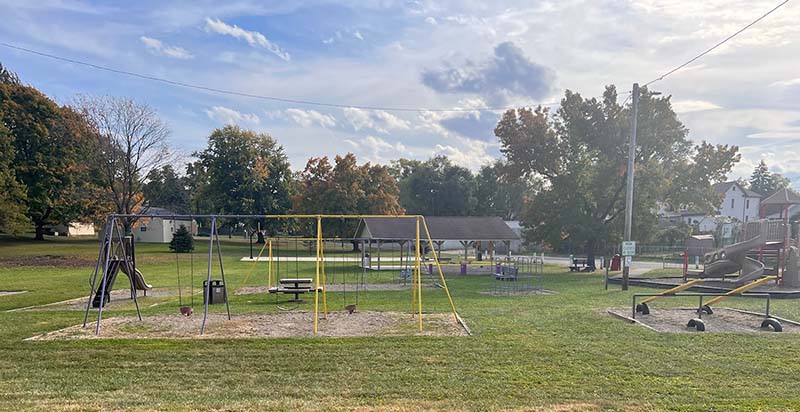